The Joy of Cow Turn Out 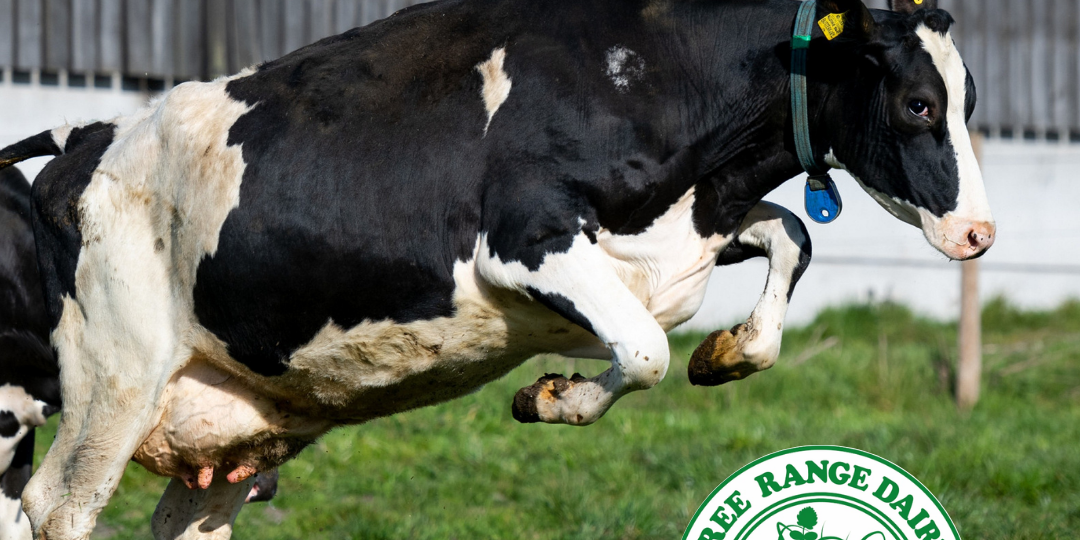 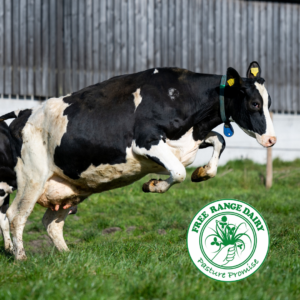 I think most people’s favourite time of year is springtime. The nights are lighter, the days feel warmer, and for me nothing says spring like Cow Turn Out. It might seem like a simple gesture, to open the barn doors and let the cows run free but you only have to see how happy they are to know for the cows it means so much more.

Since last month all the Free Range cows have had their ‘Turn Out’ day, and from now on they will can enjoy being on pasture for the minimum 180 days per year, and 120 nights, due to the set of standards created by us to protect the cow’s freedom to graze.

The grazing days for 2021 have been collected, and every farmer has met or exceeded their grazing dates. The reason we collect dates from individual farms, and don’t use an average is because within a group of farmers, the access to grazing can vary. There are different dairy systems with cows out all year round, and other systems with little access to pasture. When you use an average figure, it’s not really giving consumers a true picture of the grazing afforded the cows, this is why it’s important each farm is assessed independently. 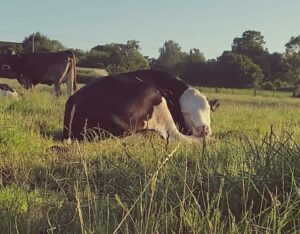 carry the Pasture Promise logo is because we want to protect their freedom and enjoyment of grazing outdoors. The majority of the cows studied pushed equally hard to get to food as to get to the outdoors, even when they weighted the gates to make it harder to open. They noted that the cows were much more interested in going outside at night, and once outside, many of them lay on the ground to sleep.

When we started Free Range Dairy Network, what we were trying to achieve was seen by many as old fashioned. Instead of seeing pasture as a great natural resource, there was a real push by the industry and others to house thousands of cows in sheds and just import grain from around the world as feed. It was cheap to import feed and it was a great way to increase the volume of milk. It became about volume over value. We wanted to do the opposite.

What Cow Turn Out also symbolises is the farmers commitment in light of industry pressure to their cows and the environment.  They made a decision to not go down the route of large intensive dairy farming but commit to maintaining their grazing pastures and their cows. To ensure the standards are being met, SAI Global audits each farm and it is crucial that third party auditors do this. It is how we’ve build trust in the Free Range Dairy standards and the Pasture Promise logo.

To ensure that many more Cow Turnouts happen in the future, and its Free Range cows making proper Free Range milk, make sure the milk label is carrying the Pasture Promise logo.