Farm subsidies can benefit us all 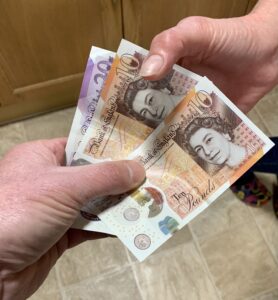 The government has just announced outline plans for changes to the agricultural subsidy regime, post-Brexit and many are understandably concerned about what this will really mean for the future of UK food and farming.

Following hot on the heels of the Agriculture Bill, which passed into law on November 11th, DEFRA have now published ‘The Path to Sustainable Farming: An Agricultural Transition Plan 2021 to 2024’. This landmark document sets out proposals to move away from what Environment Secretary, George Eustace, refers to as “arbitrary area-based subsidy payments” and divert funds towards improvements to the environment, along with a Farming Investment Fund to support innovation and productivity.

An article in The Guardian earlier this week, claimed the environment is to benefit from the ‘biggest farming shake-up in 50 years’, as a result of subsidy reform. The article goes on to say that radical changes in agricultural policy are possible due to the UK leaving the EU, since the way in which we farm and manage farm land in Britain will no longer be governed by the Common Agricultural Policy.

‘By 2028, flat-rate acreage payments will be phased out altogether’

Speaking on BBC Breakfast this week, Environment Secretary George Eustice said the changes would not happen overnight, and that prices for food “will remain broadly stable“. “This will be an evolution not a revolution,” he said, although farmers warned of a chaotic future with supermarkets engaged in a price war, and uncertainty over new trading rules after Brexit.

Despite assurances of a future for UK farming from the Environment Secretary, these are worrying times for our farmers, who have received little detail of how much support will be available and what they will have to do to get it. They are already concerned about our domestic market being flooded by imported food produced to lower standards, after the government failed to safeguard UK food and farming standards in the Agriculture Bill.

What is known about proposals to change the way farmers are paid is that up until 2025, the total amount paid will be remain at around £2.4 billion a year, as set out in the Conservative party manifesto. However, whereas two thirds of this is currently paid on a flat-rate, per acre basis, from 2025 this portion of subsidy payment will only amount to one third of the budget. By 2028, flat-rate acreage payments will be phased out altogether and new ‘green payments’ will be available to farmers to improve the farmed environment and for investment to increase productivity on farms.

In trying to find out more about the future for our farmers, I came across a thought provoking  Chatham House paper, with the title ‘A Better UK Food Policy Requires Better Government’. In the paper Professor Tim Benton, Emerging Risks; Director, Energy, Environment & Resources Programme, sets out both the challenges and opportunities Brexit presents for the future of our food and farming.

Professor Benton says “Whatever one thinks of Brexit, the process has highlighted a fundamental problem with the UK’s governance mechanisms – namely, that policymaking is often trapped within departmental silos too focused on the short term“. For example, a policy to increase food production (often through more intensive farming systems) to provide cheap food for people, has an impact on our environment, water quality, human health and climate change.

Professor Benton goes on to explain the importance of the decisions the UK government makes both before and after Brexit. He says that on the one hand it presents “a danger, potentially triggering a damaging race to the bottom on food standards. But it is also an historic opportunity to make Britain’s food system better at feeding people a healthy diet, produced in a sustainable way while supporting profitability from production to retail”.

‘No matter how green the world we create, a hungry and unhealthy nation will not be a happy one’

Subsidies (environmental payments, payment for public goods, or whatever label may be ultimately attached to any new scheme) can help to keep food prices down and, when used to pay producers for tangible gains for the environment, animal welfare and wildlife, can make the kind of farming we want to see viable for producers.

Proposals switch payments away from a flat-rate scheme to one that rewards positive outcomes for our food and the environment, play a valuable role in building the kind of food system we all want and need. But, in our pursuit of ambitious environmental goals, we must not overlook the need for food. No matter how green the world we create, a hungry and unhealthy nation will not be a happy one.

Without the support payments our farmers have been receiving from the EU, many more would have left the industry a long time ago. This would have resulted in more of our food being imported, with increasing pressure to accept meat and dairy products produced to lower standards than we have grown to expect in the UK and put our future food security at a very real risk. We must work with this in mind when planning the way ahead after Brexit.

‘Contrary to popular belief, these payments are not a handout to appease grumbling farmers’

I know from my role in running the Free Range Dairy Network, a lot of people are willing to pay more for milk, if they are able to understand more about how and where it was produced. However, other experience has taught us that whilst many say they would be willing to pay more for food of clearer provenance, the choices they make when shopping often fail to reflect this.

This is why subsidies play a vital role in our food system; they make up the shortfall to producers, when we are not willing to pay for these things at the checkout. Contrary to popular belief, these payments are not a handout to appease grumbling farmers. According to DEFRA figures the average income for British dairy farms was £79,900 in the year 2018/19 (note farm income means net profit here). This figure was 33% lower than the year before, due to increased input costs, driven by higher prices for feed and higher labour and machinery costs.

DEFRA say 39% of the dairy farm income figure above came from Basic Payment scheme (the per acre basis farm subsidy payment). Other figures published by DEFRA show that when looking at all farming sectors, subsidies accounted for 61% of an annual average farm profit of £37,000, between 2014 and 2017, with over 90% coming from subsidies on some farms grazing livestock.

The DEFRA figures quoted here illustrate just how vulnerable our farmers are and highlights just how many would struggle to survive under Britain’s cheap food culture without some form of government support. Farmers in the UK are certainly not alone in receiving government support to them. According to a recent article published in The Week record farm subsidies in the USA will account for 40% of farm incomes in 2020.

However, some argue that others are not so lucky to receive such support. Guardian columnist Simon Jenkins recently wrote “Farmers are going to lose, or at least have redirected, much of their income in just a few years. Many will find it hard to adjust and will suffer the same fate as local publicans in the current government devastation of small businesses. Unlike publicans, farmers are at least being paid to change. So change they must“.

I agree with Simon Jenkin that government must change. We must see tangible benefits delivered for UK citizens and a well thought out subsidy regime can achieve this. Without some form of support, our farming industry would be decimated, food prices would rise sharply, food security would be compromised and our reliance on imported food of unknown provenance even higher than it is today.

I believe the new DEFRA Path to Sustainable Farming can deliver some positive changes. But, if  we want to make Britain’s food system better at feeding people a healthy diet, produced in a sustainable way while supporting profitability from production to retail, subsidies for farmers will play a key role and benefit us all.