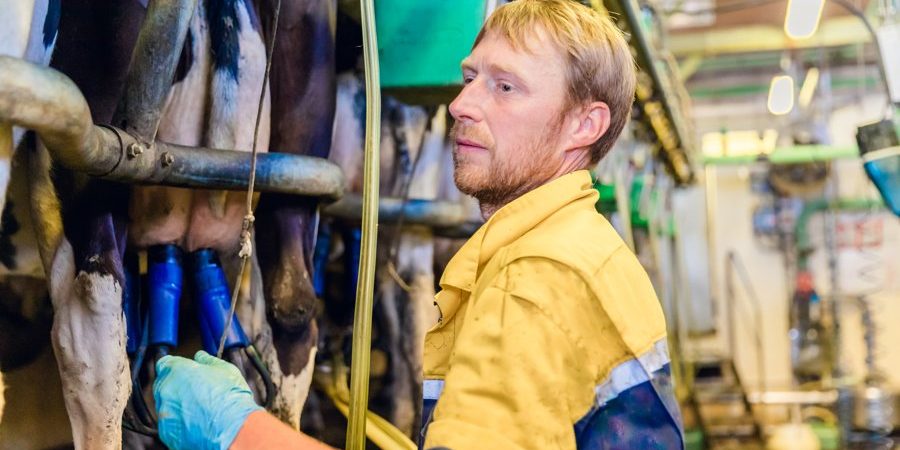 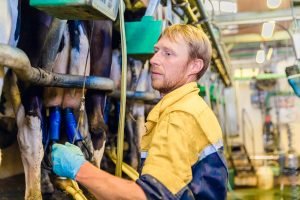 Reports of dairy farmers having to dump unwanted milk, whilst people struggle to find enough milk on supermarket shelves, have understandably caused confusion and anger amongst consumers. We now have an oversupply of milk from farms, as milk processors struggle to switch milk away from coffee shops and food service outlets that have been closed, to fulfil increased demand from shops and doorstep delivery rounds.

Like the shoppers looking to buy milk, there are ‘haves’ and ‘have nots’ amongst hose who produce it too.

Meanwhile some farmers are now being informed of big cuts in their milk price or, even worse, being told there is no home for much of their milk. But, at the same time, the fortunes of others with contracts to supply liquid milk to retailers like Tesco, Sainsbury’s and Waitrose are very different, with prices still holding up well. Like the shoppers looking to buy milk, there are ‘haves’ and ‘have nots’ amongst those who produce it too.

Such is the disparity between neighbouring farms right now that a producer on one side of the fence could be receiving 30 pence for every litre of milk he produces, whilst his neighbour (who is literally just on the other side of the fence) receives 20 pence and is being warned that his milk may not be required tomorrow. To put things into a clearer financial perspective that difference of 10 pence per litre of milk, between the two farms, is worth around £100,000 a year on a typical family farm.

Understandably there are now urgent calls from industry representatives for government to intervene and support those farmers who now find themselves in an extremely vulnerable position. The National Farmers Union (NFU) have put forward three key asks of government, to “avoid the decimation of this critical part of our national infrastructure“.

Farmers with little coming in may already have been forced to cull, or sell, their cows by the time this crisis is over.

Outside observers may regard this as another form of panic and accuse farmers of complaining and expect them to grin and bear it like the rest of us. But, we will want this milk again when coffee shops and food service businesses open again and it won’t be easy to just switch supplies back on again, particularly in late summer when grass growth slows and milk yields drop on many farms. Farmers with little coming in may already have been forced to sell their cows by the time this crisis is over. We would do well to remember that the security of our food supplies depends very much on the security of our farms and the milk we need will not be there, unless some receive immediate financial support.

In 2016 it was estimated that the UK is around 77% self-sufficient in milk (Source: Rabobank). Over the last 100 years, the milk market has gone through great changes, none of which every really seem to have delivered what both and producer consumer want or need. Almost 100 years ago, my great grandfather received a letter from the National Farmers Union (NFU), urging all milk producers to join their Milk Scheme and secure a fair price for their milk.

I can find little to show just how many farmers responded to the NFU’s call to join them in April 1924. But records from The National Archives show a government commission was set up to investigate the dairy industry in 1932 and decided there was an urgent need to stabilise the market. In the wake of their findings, the Milk Marketing Board (MMB) was established in October 1933, to ensure that all milk produced on farms was collected and sold for the best price possible and, for many years, it brought the badly needed security that famers needed.

In 1994, pressure from trade competitors, the European Commission and the British government, led to deregulation of milk the market. The MMB was abolished and a new voluntary co-operative was launched under the name of Milk Marque. At the same time, many dairy farmers had the choice of supplying milk direct to dairy companies like Express Dairies, Unigate and Dairy Crest, who offered enticing prices. The rest, as they say, is history. Milk processing for the liquid market, has largely been consolidated into a handful of a few large players and only a third of the UK’s farms producing milk at the time of market deregulation in 1994 are still in business today (Source: AHDB Dairy).

We may rattle our free market shopping baskets in anger and annoyance at empty shelves, but it is we the well-fed consumers who have been guilty of complacency; too often putting price and convenience before all else when buying food.

Many will argue that the forces of the free market are essential to drive efficiency and innovation, whilst state control breeds complacency and stifles ambition. We may rattle our free market shopping baskets in anger and annoyance at empty shelves, but it is we the well-fed consumers who have been guilty of complacency; too often putting price and convenience before all else when we buy food. As we are witnessing, the fallout from increasingly brutal competition, largely driven by the supermarkets, is manifesting itself in numerous unintended and undesirable consequences.

The Coronavirus outbreak has exposed the vulnerability of our food supply, with a shocking reveal of the failings of a ‘just in time’ food system that has evolved over the last 30 years. The drive to make profit from food on its journey from farm to fridge has, through the year-round provision of abundant cheap food, distracted our attention from the basic, but vital, need for food for our survival and nourishment.

Today’s dairy supply chain has created vulnerability in the farms that produce our milk and led to the adoption of production practices that are increasingly being called into question: the increased use of fossil fuels and importing of cattle feed, contributing to climate change; the pursuit of ever higher milk yields threatening cow welfare; the concentration of more cows into fewer, larger herds and the large volumes of slurry derived from their confinement 365 days a year.

After 100 years of struggle, it is time we restored British milk and its producers to the very heart of the things we value in this world. Perhaps the lessons we learn from Coronavirus will encourage us all to work together to build a more resilient food system that is fair to all. We do not need to return to the days of the MMB: instead we should forge closer links between producers and consumers, to start a dialogue that will enable a true understanding of the value in the product to establish the price.

I read piece on WIRED this morning, with the title ‘Coronavirus broke the global food supply chain. It may never recover’. Professor Chris Elliott, director of the Institute for Global Food Safety, at Queen’s University Belfast, says we are shifting from a global supply chain to localised ones and likens this to “trying to unpick the world’s most complicated jigsaw and put it back together again“.

Our recent survey has already highlighted how many people have turned to local suppliers, as supermarket shelves have been cleared and we are now beginning to understand how strong, local food networks can play a key role in safeguarding domestic food supplies. 63% of respondents to our survey agreed that the current crisis has made them more aware of the need to support British farmers. As always, Free Range Dairy Network will continue to champion local and connect farmers and consumers, in a mission to give everyone the chance to vote for freedom and fairness every time they buy milk.