Reports of the death of dairy have been grossly exaggerated 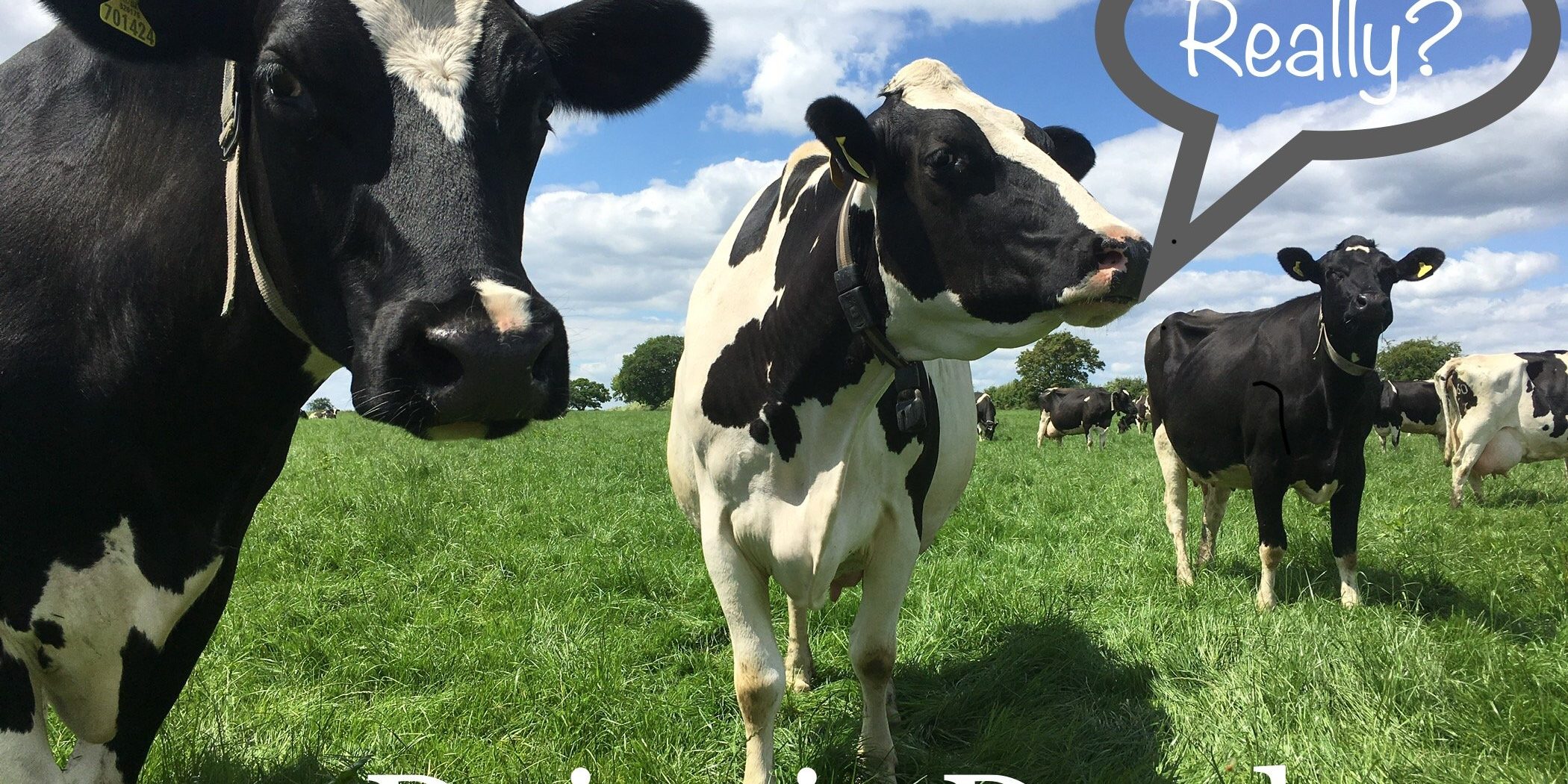 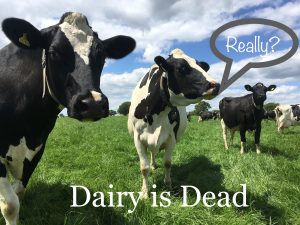 So heated has debate and opinion about climate change become, I am beginning to wonder if it may soon generate more hot air than all the world’s cars, planes and livestock put together. Tonnes of carbon dioxide are being exhaled every day, in the vehement condemnation of ruminant livestock and calls for an end to the consumption of meat and milk.

From media reports it would appear that journalists and television producers have a healthy appetite for a plant-based agenda and big food business has rushed in to capitalise on a new profit opportunity. Headlines say that sales of plant-based alternatives to milk are growing rapidly, whilst demand for traditional cow’s milk is falling, leading some to claim dairy is dead.

According to the market intelligence agency Mintel, 23% of British consumers used plant-based alternatives to milk in the three months to February 2019, up from 18% in 2018. As many as 33% of 16 to 24 year olds were found to have opted for plant-based products.

Meanwhile, statistics from the Defra Family Food Survey show that UK liquid milk consumption fell from 140 litres a year, back in 1974, to half that amount in 2018. Commenting on the Mintel report, Emma Clifford, who looks after food and drink research at Mintel said “With volume sales of cow’s milk already on a downward trend, the fact that more young consumers are turning away from these products does not bode well for this segment’s prospects in the long-term”. She added “Concerns around health, ethics and the environment” are driving sales of plant-based milks”

So could the millions of us who enjoy milk and dairy as a part of our diet, soon discover that dairy is off the menu? Well according to Charlotte Pointing, Senior Editor, UK at the website Live Kindly, the dairy industry is already dead. Live Kindly say their ‘community’ “has come together to build a home for informative and thought-provoking content, focussing on sustainable and compassionate living”. Well, it’s certainly thought-provoking to claim dairy is dead.

I’ll tell you something else that’s thought provoking – the fact that by 2030, world milk production is expected to exceed 1 billion tonnes, increasing annually by more than 15 million tonnes, slightly faster than in the last decade (Source: EU Agricultural Outlook 2018-2030). This report also says that by 2030, the EU could supply 35% of global dairy demand.

The fact is dairy, like meat, nourishes people. It is a great source of protein, Calcium, vitamins and minerals. And then there’s the small matter of people enjoying the taste of milk, butter, cream, cheese and yoghurt too. Yes, it is true that sales of plant-based alternatives to milk are growing. However, according to Kantar consumer research, 98.5% of UK households still buy milk (a figure that has remained virtually unchanged over the past 5 years).

But, even if sales of plant-based, fake milk continue to grow at the current rate, British dairy farming won’t die, or at least not for a very long time (we could be waiting until the cows come home). If liquid milk consumption does decline significantly, dairy farmers will switch to supplying milk for manufacturing into products, to feed a growing market overseas.

It is clear that changing consumer demand patterns are impacting food production and consumption, at all stages of the value chain. Deloitte research has identified a number of new value drivers for consumers when making their food choices. They report that ‘traditional’ value drivers of price, taste and convenience have been supplemented by ‘evolving’ drivers of health and wellness, safety, social impact and experience.

The 2017 Global Dairy Sector report, from Deloitte, suggests that purchase decisions are increasingly based on “product plus” factors, such as specific ingredients, how the product was made, where it was made, corporate values of the manufacturer and retailer, etc. They say this requires that firms play close attention to all aspects of food production from farm to fork.

Free Range Dairy is very much about how the product is produced. I have long held concerns that there has been too little attention on the farming that delivers our food and this has facilitated deception on a massive scale, by retailers and food business.

If we want to build trust in dairy, we have to tear off the misleading labels and be able to see where our milk really comes from. We also have to make sure that terms like ‘free range’ have real meaning and are backed by clearly defined standards. The Pasture Promise logo is the only label on milk and dairy products to assure shoppers they are only produced from cows free to graze for a minimum of 180 days a year, 18 hours a day. Find out more about our Producer Standards.

I would argue that most of those with a carton of oat, or almond milk in their fridge today, have not for one minute considered giving up cheese or yoghurt. Those in the UK who are being scared into ditching dairy in the belief that their actions will end animal suffering or save the planet, are misguided. Dairy farming is not dying – it is changing and, anyone wanting to make a real difference in this world, should not leave the dairy aisle, but spend longer in it to contemplate a better choice.