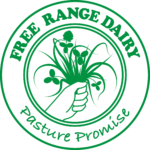 Results from a recent YouGov poll, commissioned by Free Range Dairy Network CIC, indicates the importance of the provenance of milk in coffee, along with the coffee beans themselves.

When questioned about the importance of knowing that coffee shops sourced their coffee beans from sustainable sources, using suppliers who pay a fair price to coffee growers in developing countries, 84% of those who choose cow’s milk in coffee from coffee shops said this was important to them.

When asked similar questions about the provenance of cows’ milk offered in coffee shops, the same number of respondents (84%) said that it was important for them to know that the milk came from farms where cows are assured high welfare. In addition, 84% also said it was important to them that coffee shops sourced their cows’ milk from suppliers who pay a fair price to dairy farmers in the UK.

The poll then asked what the maximum amount, if anything, people would be willing to pay on top of the cost of a cup of coffee, if it was made with milk carrying the Pasture Promise logo which pays a premium to farmers and gives cows the freedom to graze for 6 months, compared to milk without the logo. 64% of respondents said they would be willing to pay an extra 5p and above for a cup of coffee made with Pasture Promise free range milk and some were prepared to pay considerably more, with 10% prepared to pay an extra 30p or more.

The release of the YouGov poll marks the launch of the Free Range Dairy Network’s ‘Coffee & Cows’ campaign, which urges those in the coffee trade to think more about the quality and provenance of the milk they use, as their customers care about both. The coffee industry has provided a lot of support for coffee growers through Fairtrade and direct trade initiatives, taking an ethical stance on how they source the coffee beans and ensuring a fair price goes back to the farmers. Free Range Dairy Network, through their campaign, is urging the coffee shops to make a similar commitment to traditional, pasture-based dairy farms, producing Pasture Promise free range milk.

“At a time when we’re seeing rapid growth in the coffee industry, in contrast, the demand for cheap milk over the last 20 years has resulted in a 60% decline in UK dairy farmers. That’s why we’re launching our Coffee & Cows Campaign; we want everyone who enjoys a cup of coffee to understand how they can help make a huge difference for farmers and cows, by making a better milk choice at very little additional cost.

The YouGov poll results show that although the coffee industry has spent a long time building the story about how they source their coffee beans, many have overlooked an essential ingredient, the milk. We are delighted to see that coffee lovers want to support the traditional dairy farms we represent and by choosing Pasture Promise milk, they can help us to keep cows in fields and give these farmers the badly needed recognition and reward they deserve.”

“We are proud of our farm, our cows and the Pasture Promise free range milk we produce. We share the same passion for producing great milk as coffee farmers feel about their coffee beans.

Coffee suppliers here, have established some great initiatives to support coffee growers and their families, but UK dairy farmers are missing out when the coffee story is just about the beans. It should always be about sourcing well; fair trade for milk is equally important as fair trade for coffee beans. Choosing Pasture Promise free range milk is a great way to support us both.”

All figures, unless otherwise stated, are from YouGov Plc.  Total sample size was 2127 adults, of which 1204 choose cow’s milk in coffee from coffee shops. Fieldwork was undertaken between 12th – 13th February 2018.  The survey was carried out online. The figures have been weighted and are representative of all GB adults (aged 18+).