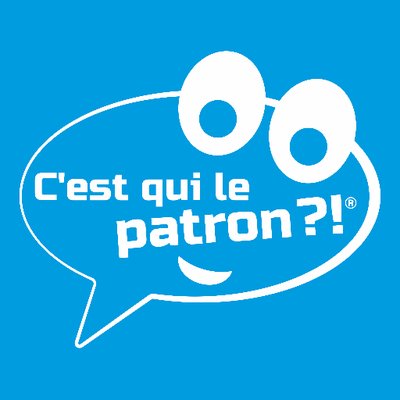 I was recently reading an article about an interesting initiative in France called “C’est qui le patron?” (Who’s the boss?). Founder of the scheme, Nicolas Cee, set up the label in the autumn of 2016, in an attempt to restore power to the consumer in deciding the value (price) of the food they buy. The brand won the most altruistic innovation award 2017, of the 8th edition of “profit for Non Profit Awards”, rewarding companies that integrate the public interest into their economic model.

The principle of this initiative is simple, but very innovative: it is the consumer who sets the price of a product, according to different criteria and what it considers to be fair remuneration for the farmers that produce it. That’s why the ‘C’est qui le patron?’ label carries the strap line “La marque du consommateur” (The consumer brand). The first product to carry the marque, was milk and it was put on sale at 0.99 Euro (£0.88) per litre, after consultation with nearly 8 000 contributors. One year after the launch, the milk is now available at 8,000 points of sale throughout France and consumers are being consulted about other products such as meat and vegetables.

In the article, Nicolas Cee attributes the success of his initiative to the fact that the consumer no longer wants his or her money to be used to feed a system that he or she has no control over. He explains that consumers know what they are paying for and the extra pennies paid for a product are worth the pleasure of giving value and meaning to its purchase. We are delighted to have seen a similar response to the offer of Pasture Promise free range milk in UK grocery stores. We have seen that shoppers are willing to pay more for milk in the knowledge that cows are assured the freedom to graze for a minimum of 180 days a year and that more money is passed back to the farmers. In many instances people are paying £1.50 to £1.99 for 2 litres of milk bearing the Pasture Promise logo, rather than £1.00 for the same quantity of standard milk.

Whilst we don’t ask consumers to name the price they will pay for Pasture Promise free range milk, we are still empowering people to vote with their purses, for a fair deal for farmers and cows. We know that it is ultimately you, the people who buy and consume milk that determine the kind of life cows have on farms; it is you who can open the gate each spring time, to give them the freedom to graze. But, we still need many more of you to make that choice, if we are to win badly needed value for traditional, family dairy farms and keep more cows in fields. So, below is a reminder of how choosing milk bearing the Pasture Promise logo can make a difference.

The Pasture Promise logo is the only label on milk that provides a clear assurance milk is produced by cows free to graze in fields for at least 180 days a year.

The Pasture Promise logo is only licensed to dairies that agree to pay farmers a premium for grazing their cows for 180 days a year.

As you will discover, not all milk is the same and we are sure you will enjoy the taste.

The milk is produced by small, independent dairies around the country, who source milk from local farms.

The Free Range Dairy Network supports new ventures by individual farmers, by helping them market their own milk direct from the farm.

The logo is backed by a clear set of Producer Standards, to which farmers must adhere.

Farms are independently assessed by a recognised certification body.

Free Range Dairy Network is a Community Interest Company with a social mission to forge a closer relationship between farmers, cows and consumers, for the benefit of all who produce and consume milk.

As the New Year approaches, we often think of resolutions we want to make, to make a positive difference to our own lives and those of others in the year ahead. So, I am asking you please, for all of the reasons listed above, to make a New Year’s resolution for the cows and farmers who will supply your milk in 2018. Please ask for the Pasture Promise logo wherever you buy milk and be one of those who opens the gate next spring to give cows the freedom they deserve and show your support for our traditional, family dairy farms.

Thank you and a very Happy New Year!