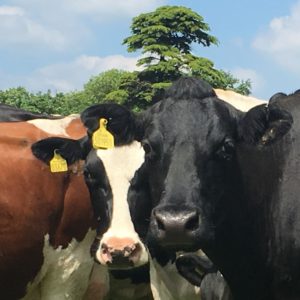 There’s lots of reasons why buying the cheapest produce can make financial sense when running a restaurant but your business doesn’t operate in isolation. Add the people who live locally and visit your restaurant, now add the people that grow or make that produce in there too and you see how your community grows and the impact your purchasing decisions have on a whole range of people.

Sourcing local has lots of benefits. It enables customers to have a closer connection to the farms it came from and a clearer understanding of the way it was produced. It cuts down on food miles and the impact on the environment. It’s something customers like to read about on your menu, buying local also helps spread the wealth into jobs and communities.  Resulting in money to spend in cafes, pubs and restaurants.

Growing awareness and concern for our environment is something supporting local can help address. Up to 95% fruit and 50% vegetable come from abroad.  Murcia, in south-eastern Spain, is one of Europe’s biggest vegetable-producing regions of lettuces, courgettes, cabbages, peppers, tomatoes and artichokes. After suffering three years of drought, heavy rains in December dumped more rain on Murcia in six weeks than it had seen in the previous 156 years. This was the reason you saw gaps in the vegetable aisles of your supermarket, then, a few weeks later, came the heaviest snows in more than 30 years. It shows we need to be more self-sufficient where possible and supporting local is the best way to do this.

Supermarkets such as Morrisons are already sourcing more local produce because of concerns on sustainability, the environment and being able to maintain strong supply chains for the future. They made the move to stock more local produce and they commissioned a report that found only 52% of food eaten in the UK comes from UK farmers and growers but more importantly that 74% agree more locally produced food should be available in supermarkets, with the biggest reasons are its good for local economy and wanting to support local producers. We’re pleased to say that from Monday, fresh milk produced by Our Cow Molly, which is part of the Free Range Dairy Network, is available in Sheffield Morrisons stores. 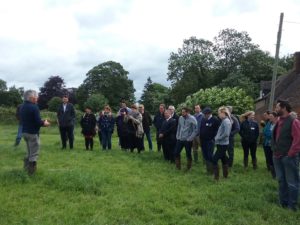 Buying local is a way to increase more self-sufficiency in food production and support a thriving agricultural sector. This week we held a farm event to highlight the importance of supporting local produce on a Free Range Dairy farm in Gloucestershire. We know first-hand how milk being part of the global commodity market has put many dairy farmers out of business and unless we support local producers, through initiatives like Free Range Dairy Network, even more will go the same way.