How will you celebrate World Milk Day? 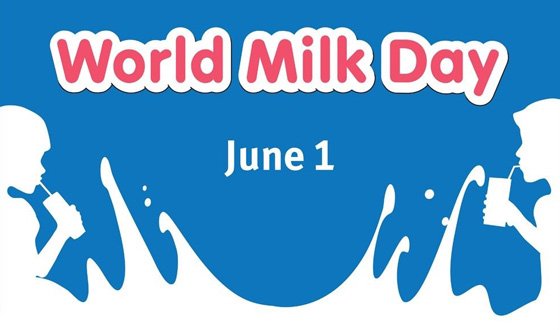 As World Milk Day celebrations get under way, I thought you might be interested in a few milk stats, to impress anyone you are having round for a few pints of the white stuff. There’s an awful lot of milk produced and consumed around the globe. Between 2013 and 2015 world milk production stood at around 769 million tonnes a year. However, according to a report by the OECD and the FAO, production is expected to reach 946 million tonnes by 2025. Here in the UK, we produce around 14 million tonnes of milk a year, whilst India the largest milk producer in the world, produces ten times as much as we do and plans to grow output to 202 million tonnes by 2023.

According to the FAO, Approximately 150 million households around the globe are engaged in milk production. In most developing countries, milk is produced by smallholders, and milk production contributes to household livelihoods, food security and nutrition. I would like to think it makes the same contribution to our society here as well. But how much time do we actually spend thinking about the contribution that milk makes to our wellbeing, the nation’s food security and the fabric of our rural communities? If your answer is “not much”, please make today an exception. Just for today, think about the milk that refreshes you after an early morning run, the milk you pour into your first cup of tea in the morning, the milk you splash over your favourite breakfast cereals, the butter you spread on your toast, the cheese in the sandwiches you take to work, the yoghurt you enjoy at lunchtime and the ice cream you treat yourself to on the way home.

Milk is amazing in so many ways. It is a wonderful gift of nature that we should celebrate and give thanks for. You can celebrate World Milk Day by using it as a catalyst to demand a more informed choice about the milk you buy. Ask not only where it comes from, but how it was produced and what kind of life was afforded to the cows that produced it. We know not all milk is the same and we can help everyone in Britain to enjoy great tasting milk for generations to come. But we need everyone to start thinking more about their milk and to demand a fair deal for farmers, cows and consumers. So please raise a glass on World Milk day and make the Pasture Promise to show the world that you drink responsibly. Cheers!