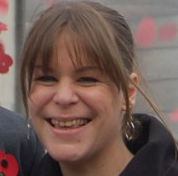 By Helen Lambert, an animal welfare scientist who is globally renowned for her expertise on animal sentience and her research into measuring cattle emotions. Helen works as a free-lance consultant to support charities, industry and universities with insight and research into animal welfare and sentience. For more information please visit her website

Asking cows what they want

As an animal welfare scientist it is always great to see research being published that gives us further evidence of what we already know. The journal Scientific Reports has recently published an excellent study showing that cows are motivated to be outside1. This is of course not exactly news, we know that cows have evolved to live outdoors, that their health benefits from being on pasture,2 and even that their milk benefits nutritionally from pasture3. However, how animals feel about the practices that affect their lives is often unclear, because we simply don’t ask them4.

How hard will they work for it? 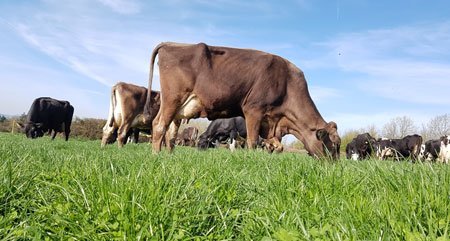 In this recent study, the researchers at the University of British Columbia assessed how motivated cows were to gain access to pasture. They trained the cows to push a gate open to access fresh feed (total mixed rations; TMR) following milking. The weight of the gate was then increased at each session until the cows would no longer push it. They then did the same again, but instead of accessing TMR, the gate led to pasture. They found that the majority of cows (59%), pushed as hard, or harder to get to the pasture, as they did for the TMR feed. Furthermore, it was not just hunger driving the cows to pasture, as they already had access to fresh feed in the barn. Therefore, the cows were showing a strong desire to access pasture, and were willing to work for it1.

Is pasture better at night?

The researchers, von Keyserlingk and colleagues, also found that the cows would push harder at night, tolerating a heavier gate following the evening milking, compared with after the morning milking1. Others have found similar patterns in their studies suggesting the desire for pasture is stronger later in the day5,6. However, further research needs to be done to determine what drives this preference so that farmers can best meet the needs of their cattle.

Dairy cows are not machines. They are living, breathing, sentient beings who have feelings; feelings that matter. It is heartening to see research such as this, as the more evidence we have of how cows feel, the better we can understand and accommodate them. Cows are capable of a range of emotions and feelings, and they want to feel good7,8. To provide good welfare, we need to minimise negative experiences and feelings such as pain and fear, but also ensure that they experience positive emotions such as pleasure9,10. Studies such as this one, enable us to speak cow and understand what they want to do. We just need to listen to them.