The milk revolution has started 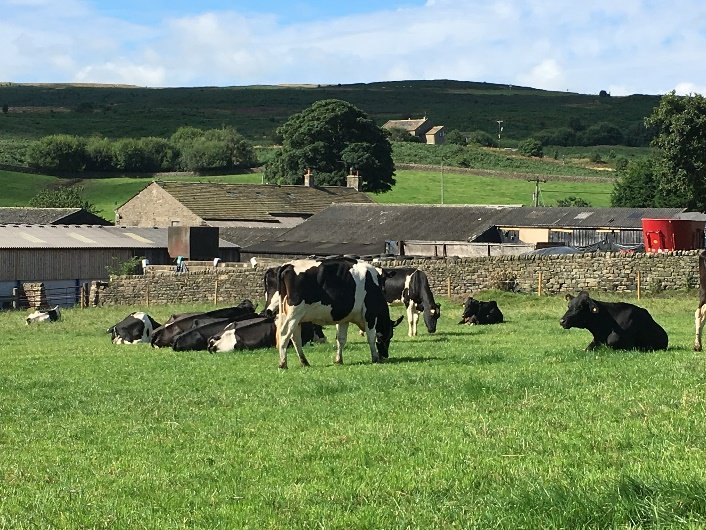 Well. It seems that the milk revolution that we have ignited is rapidly spreading, with more and more people beginning to understand that not all milk is the same. Every week there is news and debate about free range milk that seems to be driving a retailers and dairy companies to hurriedly piece together some grazing credentials, to accompany the images of cows in fields so widely used to promote milk and dairy products.

In October 1994, following pressure from customers, the then Monopolies and Mergers Commission abolished the four Milk Marketing Boards (MMB’s) operating in Great Britain and the dairy industry was deregulated. Since that time, dairy companies have sought to add value to Mother Nature’s super-food, under the banner of innovation by deconstructing it, filtering elements out, enriching it with synthetic ‘goodness’ and branding a multitude of raw milk derivatives to convey a sense of improvement. Science and technology have taken over from animal husbandry and land based skills, to create ‘innovative’ products, backed by million pound marketing budgets, whilst relegating dairy farmers to a role of commodity raw material production.

The Free Range Dairy Network has taken up the mission to restore badly needed recognition and reward for a largely overlooked part of the today’s milk supply chain – the people and the cows that produce it. We are working with farmers and family dairy businesses around the country to offer free range milk under the Pasture Promise logo, from a defined farming system. Freedom for cows is the foundation of that farming system. So, we ask our farmer members to make a promise to graze their herds for a minimum of 180 days and nights a year, but many of them graze for longer than this. There are detailed standards in place for the production of milk under the logo, which are assessed on farms by an independent certification body.

Over the last 10 years, radical change in the structure of the UK dairy industry has been driven by consolidation in milk processing, to facilitate logistics and keep costs down. This means huge volumes of milk is collected from hundreds of farms to feed giant, stainless steel monoliths, with an enormous appetite for raw material. But now, these big players and the retailers they supply, have a problem; people are waking up to the fact that not all cows live in fields and not all milk is the same. Hence the rush to try and assure customers that their milk comes from the traditional, family farms that many assume it does. Waitrose now say their farmers graze their cows for a minimum of 120 days a year and I have heard that Marks & Spencer’s milk suppliers are required to graze their cows for four hours a day, 100 days a year. The Organic Milk Suppliers Co-operative (OMSCo) have also recently stated that their members “are typically grazing for 215 days”.

The challenge is for many of the retailers is that they have taken on dedicated farmers, who supply their liquid milk via the big dairies Arla and Muller. Whilst they support these farmers and pay a price that rewards them something over and above the cost of production, they didn’t stipulate any requirement for grazing when they took them on. Tesco now have around 720 named farmers who supply them and Sainsbury’s around 350, some of whom graze their cows and some who don’t, which means questions about free range milk and grazing could potentially cause them some problems. So, it was interesting to see Arla posting on Twitter two days ago, to call upon those farmers who will turn their cows out graze, to post photos and videos with the hashtag #arlagrazing. Further evidence that the revolution is under way; the fragile pillars that have, hitherto, upheld a perception that all cows live in fields, are crumbling. 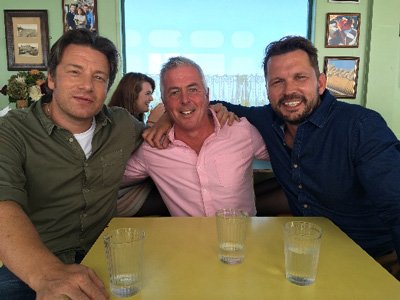 Is it just the cows that are in late lactation, or that have been dried off (typically a six to eight week period when cows are not producing any milk ahead of giving birth and commencing a new lactation) that are grazed? It could be that a cow grazed for 120 days is only actually producing milk for half that period and is simply turned out to graze because her milk yield has dropped off to point where it is uneconomic to keep her housed and feed anything more than fresh grass. It appears that here is nothing in place to stop farmers keeping cows indoors for the first 100 days of lactation to feed them in pursuit of high milk yields.

The Organic Milk Suppliers Co-operative (OMSCo) recently issued a statement in response to news about the launch of Free Range Dairy Farmers Milk in Asda stores, in which they stated that organic cows are typically grazed for 215 days a year. It’s rather sad that the organic lobby should seek to position themselves as the grazing label. I would be very interested to know how many farms were involved in the study that they conducted, are truly grazing cows for 215 days (and nights?) a year and understand how a day is defined. In other words are all of the cows grazed and for how many hours a day. I hear from a number of ‘conventional’ dairy farmers that their organic neighbours graze for considerably less days than they do. It is also perhaps a little disingenuous to suggest that organic dairy contains around 50% more beneficial omega-3 fatty acids than non-organic. Research indicates that those healthy fats come from grazing grass and clover; a practice at the very heart of our free range standards and certainly not the exclusive domain of organic farming.

You know that when you start a revolution, the establishment are going to fight back, because you are challenging the position of power that they have enjoyed for so long. But, the Free Range Dairy Network is not here to cause trouble, we are here to offer a way forward for dairy farmers who, for too long, have been trampled at the bottom of the supply chain and forced out of business, because of the lack of recognition for the role they play in delivering great British milk. Maybe, in time, legislation will define free range milk production and a requirement to graze for less than 180 days a year will be accepted. But, right now, we don’t have time to wait for laws to be passed. Farmers and cows need that recognition and reward now, if we are to give everyone a chance to make a choice about the provenance of their milk and halt the slide towards the mass production of commodity white stuff from an industrial regime.

Freedom for cows is the foundation of the farming system we promote under the Pasture Promise logo and that’s where we have started from; rather than taking a group of existing suppliers and then trying to fashion a commitment to grazing, constrained by a diverse range of management practices. We do not brand milk, we simply offer farmers and dairy companies around the country the chance to build integrity in the provenance of their milk and dairy products, by promoting a clear message about the farming system they operate. We do not want farmers to simply tick the grazing box for a farm assurance audit, to enable their milk buyer to establish flimsy grazing credentials. We work with producers to promote the true value in a pasture-based system that was adopted by them or their forebears, because that’s the way they want to farm. We simply ask them to keep detailed records about their grazing system and adhere to standards that are independently assessed on farms. 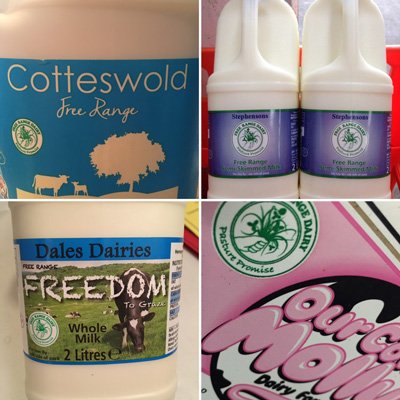 Right now we are working with Highgrove Foods to deliver Free Range Dairy Farmers Milk into Asda stores across the country. We are really grateful to Asda for offering us this chance to reach so many people who are asking for milk bearing the Pasture Promise logo. The publicity we are now receiving and the attention on free range milk is helping us to build opportunities for other too. We work with local businesses like Stephenson’s Dairy in Morecambe, Lancashire, who were the very first dairy to adopt the Pasture Promise logo, Dales Dairies near Skipton, in Yorkshire, Cotteswold Dairy in Gloucestershire and 2015 BBC Future Food Award winner Our Cow Molly in Sheffield, as well as a number of farmers bottling their own milk on the farm. You can find more details of them on our ‘Where to Find’ map.

Independent market research has shown that people want milk from cows that graze for the majority of the year on pasture. Our aim is to give people what they want.  We want the Pasture Promise logo to be the symbol of a milk revolution that reconnects consumers with the farmers and cows that produce their milk and moves the conversation away from price and costs of production, towards provenance and value. So that when people go to the dairy aisle in their local supermarket, or when they place an order with their local milkman, they can make a choice about the kind of life cows have on farms and the kind of farms they are voting for when they buy milk. But, we are only a small social enterprise. We do not have the resources to put out engaging TV adverts, or send out promotional literature. So, we need you to be our revolutionaries. Vote to keep cows in fields and traditional dairy farms in business, by asking for the Pasture Promise logo wherever you buy milk.