Should we stay or should we go? 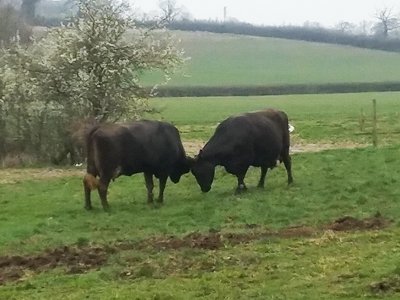 As the big question looms over whether we stay or leave the EU, we’re hearing about immigration, the NHS and cost to UK households but just as important but not getting the column inches in the media is food and farming. Understandably people are concerned about housing, education, jobs and health but for real unrest it’s a spike in food prices that really brings angry people onto the streets.

In 2007 and 2008, there were riots in 30 countries as commodities rose to record levels on global markets and the Arab Spring has been linked to unprecedented food price rises in 2008, so we and the government shouldn’t under estimate the importance of food security in this country.

Germany, France, the UK, Poland, the Netherlands and Italy are the six EU countries which account for some 70% of EU milk production with British dairy farmers amongst those hardest hit by low prices. As part of the EU, the European Commission can take measures available to them in the Common Agricultural Policy (CAP) to support EU farmers while safeguarding the EU internal market. This has included a €500 million support package as well as looking to implement Article 222.

Article 222 will be activated, for a limited period of time, to enable producer organisations, interbranch organisations and cooperatives in the dairy sector to establish voluntary agreements on their production and supply. This is an exceptional measure that’s never been used before, so you know things are tough for the dairy sector. Other suggestions are a temporary increase in state aid that would allow a maximum of €15,000 per farmer per year as well strengthening the position of the producer in the supply chain. The Markets Taskforce with take a particular look at the dairy sector and the Agricultural Markets Taskforce will deliver in autumn its conclusions and legislative recommendations to improve the balance in the supply chain.

A report by Agra Europe points out that Brexit would “instantly disqualify” UK farmers from all EU subsidies which currently account, on average, for 35-50% of their gross incomes. Brian Gardner, author of report believes a British exit from the European Union would have a devastating effect on the nation’s farmers, leaving only the most efficient 10% able to survive without the multi-billion pound subsidies. The exit would hit land value and farm incomes and ‘harm small farms’, many of which would disappear. It could lead to increased intensification of UK farming, which could also damage the environment, as a way to try and streamline production costs.

Many feel that the amount the UK gets back from the EU in payments such as CAP don’t reflect the amount of money, £8.5 billion, paid in. Former Defra Secretary Owen Paterson thinks that post-EU the UK Government could afford to ‘pay as much, if not more than the CAP’. Pointing to relatively high levels of farm support in non-EU countries Switzerland, Norway and Iceland. However, as the money probably wouldn’t be ring fenced, the UK Government could also decide to pay less than the current CAP payments. NFU President Meurig Raymond stressed his concern over ‘UK farmers’ ability to compete fairly on the global market, he suggested the UK Government would be more likely to use its net financial gain from Brexit to fill its massive budget deficit, rather than support farmers.’

Worryingly Owen Paterson stressed how, post-Brexit, the UK could ‘massively simplify’ regulation, including the creation of a ‘gold standard for the best performing, most trusted farmers’, who would not be subject to regular inspection. It could also replace the restrictive ‘precautionary principle’ which enables the EU to ‘ban anything at a whim’ – such as neonicotinoid pesticides – with an ‘innovation principle’ to underpin its regulatory approach.

When it comes to food production and food safety especially when dealing with food fit for human consumption, animal welfare and the environment, I for one am glad we have a precautionary principle that errs on the side of caution. If we wanted to sell our produce in the EU surely we would still have to comply with the standards set by the EU?

The NFU have produced a report with LEI Wageningen UR to look at implications for farmers if the UK should leave the EU. But with so many factors to consider they’re struggling to find one conclusive decision. Whereas there are pluses and minuses on both sides, important questions to consider are what would happen to our dairy industry if the level playing field across Europe was taken away? At present the framework for developing sustainable forms of cooperation exist. If the UK wasn’t part of the EU what would that mean in real terms for our farmers? An important question is not just whether to stay or leave the EU put what impact would that have on liquid milk and dairy sold here in our supermarkets, would the price improve for UK dairy farmers if we left or would the supermarkets use the threat of cheap imports as a way to haggle for even cheaper milk and dairy products?

Thursday 23 June is not that far away and considering how important this decision will be I’d like to see food and farming, especially dairy taking more of a centre stage in the media and Government discussions. How are we to make an informed decision on the day without it, because once we’ve left there might no going back?