The White Elephant of Dairy 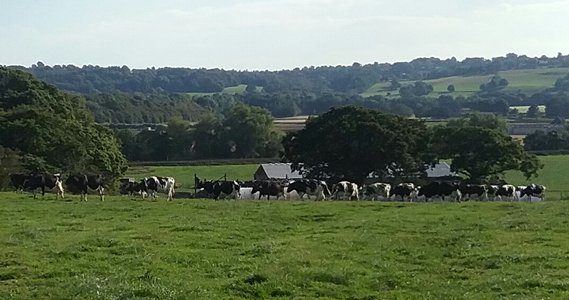 In the UK we’ve got used to having what seems like a limitless choice when it comes to our food purchases. In the supermarkets chiller section, we see row upon row of milk that’s standard, organic, semi, skimmed and whole fat. We buy 80% of our milk in one of the main major supermarkets and after 50 years it is still No1 in our shopping baskets but one milk you will not find on the shelves is Free Range Dairy.

A national poll by YouGov for World Animal Protection in 2015 found 86% of adults agreed that dairy cows should be able to graze outdoors with 72% concerned about the welfare of cows living indoors permanently. Free Range Dairy’s main standard is 180 days and nights which is a clear indication of whether your milk has come from a traditional dairy farm or an intensive indoor system.

Farmers need to be paid more for their milk as it’s being sold for less than the cost of production. Consumers say they want to buy Free Range milk under the Pasture Promise label and are prepared to pay more money for it but the problem is the middleman retailers. Many supermarkets have a dedicated supply chain with a group of farmers and their milk is processed by one of the two giant processors that handles the majority of milk processed in the UK. A range of factors from segregation costs, wanting to keep logistics as cost effective as possible and not wanting to highlight the amount of milk from intensive dairy farms in your milk bottle means supermarkets and retailers would probably prefer Free Range Dairy just went away.

The only way to ensure milk doesn’t come from intensive system is to impose a grazing standard that isn’t a token gesture. Free Range Dairy’s main standard is 180 days and nights which is a clear indication of whether your milk has come from a traditional dairy farm or an intensive indoor system. Waitrose commitment to a 100 days is a step in the right direction but it doesn’t set a high enough bar if they’re really committed to giving cows the freedom to graze.

At present the allure of the intensive dairy system for supermarkets and retailers is logistics, large farms producing a standardised product that produces so much milk it can easily fill a tanker. Instead of having to pick up milk from 50 smaller traditional farms, they can pick up the same amount of milk from 6 large farms. Selling milk as a loss leader to attract consumers into your store means cutting costs via logistics is a way to recoup costs.

While this industrial style model worked well for Henry Ford and car assembly, it doesn’t mean the same principles can be applied to milk production. The one size fits all homogenised production of most of our milk might suit retailers but is not a sustainable system that suits our cows, dairy farmers, rural communities or the people the retailers say they care about – their customers.