The corporate takeover of food and farming

By Prof John Ikerd, Professor Emeritus of Agricultural & Applied Economics University of Missouri, Columbia College of Agriculture, Food and Natural Resources and well respected and published author on ‘factory farming’ in the USA.

Please support the crowd fund project to keep cows in fields and our traditional dairy farmers in business. 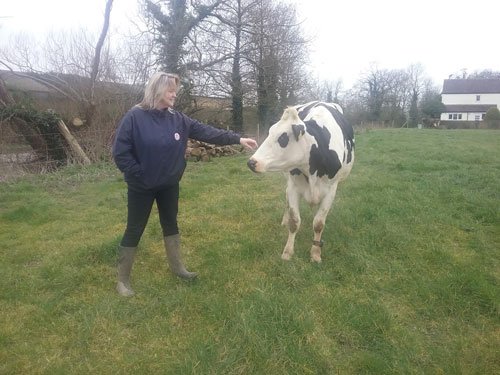 When I read Jenni Hobbs’ story about this spring possibly being the last “Spring Turnout” of cows on her family farm it was reminiscent of many similar stories of dairy farmers in the United States. I wrote earlier about the loss of livelihoods of dozens of families in the dairy farming community where I grew up in the U.S. An added insult to these personal tragedies was that smaller, independent dairy farmers were told their failure was a result of their inability to compete in a free-market farm economy. Still today, struggling family dairy farmers are told their financial problems are a natural consequence of the market transition to a more economically efficient corporate, industrial approach to dairy farming. This is simply not true – at least not in the U.S. – and I suspect not in the UK or elsewhere.

The ultimate demise of smaller, family operated dairy farms is not an inevitable consequence of the “invisible hand” of Adam Smith’s free-market, capitalist economy. Instead it is the result of an intentional attack by the “iron fist” of today’s vertically-integrated, corporatist economy. The large confinement animal feeding operations (or CAFOs) in the U.S. have not been more economically efficient that many of the smaller independent animal feeding operations they have driven out of business. They have only needed to be more efficient than one-third to one-half of the “least-efficient” independent operators to gain sufficient control of the market to manipulate market prices and drive the “more-efficient” remaining independent producers out of business.

There is no reason to believe something similar is not happening to dairy farmers in the UK. In the UK, it appears that food retailers rather than processors are manipulating the markets, so their tactics are a bit different, but the outcome for consumers and dairy farmers will likely be much the same. The basic strategy is to use production under contract to manipulate markets so as drive the remaining independent producers out of business and gain control of milk supplies.

This conclusion is not a matter of careless speculation. I had access to actual data that documented the strategies and consequences of the corporate takeover of the hog/pork industry in the U.S. during the 1990s. There is no reason to believe the earlier corporate takeovers of poultry or beef or the current hostile takeover of the dairy industry will be any different. I spent my early academic career as a livestock marketing specialist and wrote refereed journal articles and research reports on livestock price determination and the dynamics of changing price spreads among retail, wholesale, and farm market levels. I also has access to summaries of actual financial records of hog farms that were collected by the University of Missouri.

At the time, the actual farm records indicated that the large confinement operations had lower expected costs of production than one-third to one-half of our existing hog farmers. When the large confinement operations entered the market, hog supplies increased, market prices fell and the less-efficient one-third to one-half of independent producers eventually were driven out of business. The CAFO operations were vertically integrated with large corporate pork packers or processors, either by ownership or contractual arrangements. These integrated operations could offset losses on live hog production with more profits on pork processing as a result of low hog prices. They could also pay their contract producers prices higher than the free-market price of hogs and still make profits. 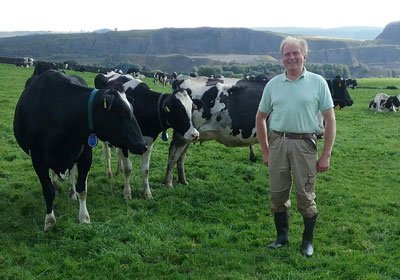 Under free-market conditions, animal agriculture is inherently cyclical. Production processes take time, so farmers must base production decisions on prices expected in the future, when today’s decisions will result in saleable products. They inevitably make mistakes. Periods of unintentional over-production result in unprofitable prices for live animals. After a time lag sufficient to confirm an increase in supply, wholesalers and then retailers reduce product prices to allow consumption to increase to accommodate increased supplies. This eventually relieves price pressures at the farm level. Producers eventually reduce production and allow prices to recover to profitable levels. If profits cause them to become overly optimistic, a new cycle begins. For dairy operations, the cyclical adjustment periods can be quite long. This is the historic reason for dairy supply management and price support programs – which are being systematically dismantled to facilitate global “free trade.”

During a period of cyclical over-production in the late 1990s, the integrated corporate pork processors simply kept their prices at price levels consistent with much smaller hog numbers. As a result, retailers also kept their prices higher than market clearing levels. The result was a large market surplus of live hogs. The corporate processors had sufficient numbers of hogs under contract to meet most of their needs and thus had no need to bid up free market prices to get independent producers’ hogs. Market hog prices dropped to levels not seen in the U.S. for nearly a century. Integrators paid their contract producers prices at least high enough to keep them in business. Independent producers were forced to get out of hog production, go bankrupt, or beg corporate integrators for a contract. 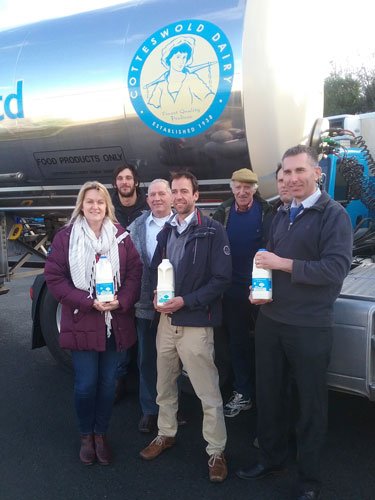 In the long run, public policies must change to prevent such hostile takeovers of free markets by giant agribusiness corporations. Large retailers as well as large processors have the power to manipulate markets in ways that allow them to gain control of food supplies. Once they control supplies, they can stabilize prices at levels that ensure profits for their investors at the expense of their customers, their suppliers, and farmers in general. Contract producers are forced to disperse and flush their wastes into their neighbors’ air and water, mistreat their animals, and degrade the economic and social quality of life in their communities to keep their costs low enough to survive under corporate contacts. Independent producers are left to compete for whatever part of the market that is left. This has happened in the U.S. for poultry, beef, pork, and is happing now for dairy. There is no reason to believe something similar is not happening to dairy farmers in the UK. In the UK, it appears that food retailers, rather than processors, may be manipulating the markets, but the outcome for consumers and dairy farmers will likely be much the same.

In the meantime, the only effective alternative I see to a corporate takeover of the dairy industry is for independent dairy farmers and their customers to begin creating a viable alternative to the vertically-integrated, corporately-controlled food “supply chain.” Consumers need to find ways to buy dairy products from farmers they can trust – either directly or thought farmer/consumer controlled organizations. Support for “Free Range,” grass-based, or organic dairy operations that require maximum access to pastures would seem to be an ideal means of resisting or breaking the corporate grip on the dairy industry. Nature is very difficult for corporations to industrialize and control. That’s why they rely on “confinement” animal operations. The joy exhibited by cows at the “Spring Turnout” is an expression of freedom that we humans need as much as cows. It is a freedom we cannot afford to sacrifice for the false promise of “cheap milk.”

Please support the crowd fund project to keep cows in fields and our traditional dairy farmers in business.