I went to a really interesting seminar this week organised by Food Thinkers Collaboration about Ecofeminism with Professor Mary Mellor of Northumbria University and renowned food investigative journalist Shelia Dillon.  Ecofeminism is a word if I’m honest I’ve never come across before but I found a lot of what was discussed made sense in relation to food and food production.

Ecofeminism was originally seen as women caring for the world but that view is now seen as a bit touchy feely. Instead it takes from the green movement a concern about the impact of human activities on the non-human world and from feminism the view of humanity as gendered in ways that subordinate, exploit and oppress women.

Discussed at the seminar is the role modern economics plays in relying on women’s roles and nature’s resilience to support the way we live and how our food is produced.

Prof. Mellor put forward the theory of economic man and women’s work, although these roles aren’t gender defined, its more to give examples of the difference between two different approaches to food production. 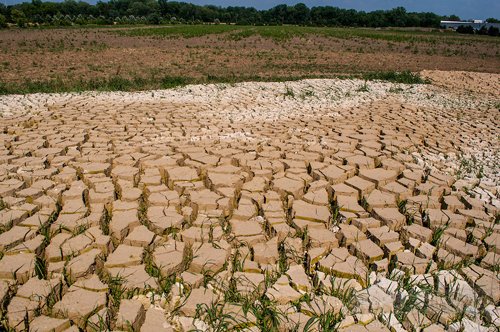 This is seen as the current model of how we produce and value food and farming. It’s about creating personal wealth from exploiting resources. It’s about producing food merely for consumption and market growth. An example of this to me is fast food companies spending millions on TV adverts to sell a £1.99 burger. Food production is geared up to produce more, sell more, make more money with no thought about food waste, impact on the environment, public health or true cost accounting. It is also about our disembodiment to nature, seasonal food or even night and day.

Examples of this is the hidden work that women and men do that isn’t valued as there’s no cost or monetary amount attached to it. This is about looking after a home, cooking and cleaning, looking after sick or ill family members or children but it can also be seen in relation to nature, biodiversity and the ecosystem. This work is vital to our health and wellbeing, often going on in the background supporting us in our daily lives without giving it much thought. Almost like the clean air we breathe and take for granted. Because it isn’t valued in the way it should be it is seen as less important and therefore open to exploitation. An initiative like Free Range Dairy, organic or biodynamic could be considered ‘niche’ as it’s in direct contrast to the industrial production of our dairy and food. It’s not looking to produce millions of litres of milk, at the cheapest price, undervaluing a nutritious food product and making it a commodity.

Shelia Dillon spoke about her lightbulb moment when a pesticide scare in America got her started on investigative journalism. The pesticide was Aldicarb, one of the most widely used pesticides internationally, and is also one of the most environmentally toxic. Aldicarb was used as a pesticide alongside potatoes but ended up getting into the water systems leading to illness and the destruction of healthy ecosystems. A good example of the war on nature to create efficient ways to make money and push the cost of the clean up onto the tax payers.

The points raised in the presentation made me think about the conflict right now between the Industrialisation of our dairy production in the guise of efficient food production and food security for the growing population. But these food systems are propped up by the cost being passed onto the NHS, Environmental Agency, Water Companies combined with the undervaluing of our dairy business and the resilience of nature. Once we have a bigger population the resilience of nature to support industrial farming systems could break under the strain. We’ve already seen resistance to our last defence antibiotics breached by industrial pig farming in China. What’s next?

I think one solution is to take the ‘niche’ label off food and farming systems like Free Range Dairy and others as collaboration between a variety of systems that can work together, produce food and not impose on the environment is key to success. We have to find the most sustainable way to ensure we have safe food and a functioning ecosystem as valuable natural resources will come under unsurmountable pressures. It might not make as much money for food corporations as our present practices, but they live on this planet too and when it goes wrong we’re all in the same boat.