No place for calf cruelty in dairy farming 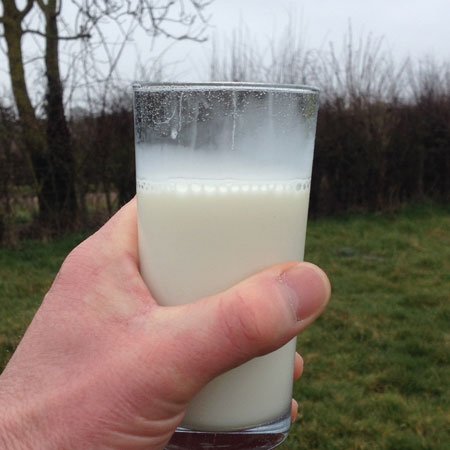 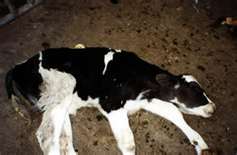 Most people understand that it is the process of giving birth that stimulates milk production, or lactation, in mammals. In dairy farming the regular birth of calves is essential for keeping cows in a productive state, since the milk naturally begins to dry up around 10 to 12 months after giving birth. This is why most farmers aim to calve their cows once every year. Failure to get a cow pregnant will ultimately mean she stops producing milk and will have to be culled from the herd.

The production of milk from repeated lactations, induced by the birth of offspring, highlights the enormous responsibility and duty of care that dairy farmers have to all calves born on their farms. When we think of waste in food and farming, we might think of rotting vegetables or mouldy bread. But the shooting of male dairy calves at birth is an altogether more unacceptable form of waste – the waste of life. How can we possibly justify creating a life to be terminated the moment it draws its first breath, simply to induce milk production?

You may have already seen in the news that an animal activist group called Farmwatch have released shocking film footage, revealing the terrible treatment of male calves born from dairy herds in New Zealand. You can see the footage, shown on national television in New Zealand, but please be warned it contains some very upsetting scenes. I am pleased to say that I am unaware of any instances of calves in the UK being treated in the same way as those shown in the film and we hear less about male calves being shot at birth in the UK now, although the practice undoubtedly still happens on some farms.

I worked with a number of industry stakeholders through the Beyond Calf Exports Forum for several years, trying to find an alternative to the live export of calves to Continental veal units and prevent large numbers of these young animals being destroyed at birth. The lack of a viable domestic market is often cited as the reason for wasting life in this way. But, in reality, the problem lies with the farming systems and breeding decisions made by producers. Over 60 percent of the beef produced in the UK now comes from dairy herds, as the number of traditional suckler beef herds declines. So, potentially, there is enormous scope for milk producers to enjoy a healthy return from male calves born on the farm. However, for a calf to have any ‘beef value’ it must possess the capacity to lay down flesh and fatten. Unfortunately, some cows are bred to be extremely tall and lean in the pursuit of high milk yields and others small framed, like the cows widely adopted for New Zealand style dairying, both resulting in calves of poor conformation and therefore little value.

I have worked to promote the breeding of more robust dairy cows in the UK for a long time, in the belief that a more holistic approach to dairy farming and cattle breeding is the only way to deliver a truly sustainable way of producing milk. I have had the privilege of working with what were once referred to as ‘dual purpose’ cows – breeds like the British Friesian, the Dairy Shorthorn and the Montbeliarde from France. These cows are kept on farms primarily to produce milk, but they also produce good quality beef from male calves of real value to the beef industry. These more traditional type cows tend to give a little less milk than some other breeds, but have the capacity to deliver high quality milk from simple, pasture-based systems, without the need for high levels of feed and veterinary attention. In a previous post by Carol Lever, she mentioned Glamorganshire cows which used to be famous not only for their milk but their incredibly tasty beef. But, instead of this breed flourishing there is now only one herd left in the UK.

My concern over the lack of value in male calves from high yielding dairy herds was one of the key drivers for establishing Free Range Dairy. Until we switch the focus from volume to value in the dairy industry, we will continue to waste life, compromise the quality of life cows are afforded and risk leaving a very sour taste in the mouths of those who consume milk and dairy products. Farmers supplying milk under the Pasture Promise label, will not be permitted to shoot calves at birth.