Mega dairies and mistakes – lets learn from the USA 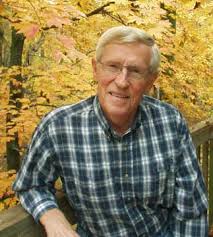 In an article in the Independent (Nov 23rd 2015), about the rise of mega dairies advocates of industrial scale dairy farming suggested that the development of such facilities is essential to make milk production economically viable. However, this is something Free Range Dairy would challenge, as would Prof John E Ikerd quoted in the same article.

Prof Ikerd is Professor Emeritus of Agricultural & Applied Economics University of Missouri, Columbia College of Agriculture, Food and Natural Resources and well respected and published author on ‘factory farming’ in the USA.

Prof Ikerd has written a blog for the Free Range Dairy website and tells a compelling story of the lessons we need to learn so we don’t the same mistakes in the UK. 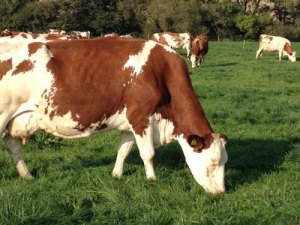 I grew up on a small dairy farm in the U.S., the farm which my brother still farms. He continued milking cows until he turned 65 years old and retired. While dairy farming has never been an easy way of life, it has still been a good way of life for many farm families such as my brother’s. While I was growing up on the farm, we typically milked 20 to 25 cows – by hand in the early years. My brother built his dairy herd up to close to 100 cows at one time – before he decided that smaller was better.

He had to buy a lot of feed to support a 100-cow dairy herd on a farm not much more than 100 acres of cropland and pastures. He eventually discovered that he could live better and actually make more money by milking fewer cows on a pasture-based system. He scaled back his numbers to less than 50 cows and was able to make a comfortable living for his family of four as a full-time farmer on his small dairy farm.

The roughly 7-mile school bus route that took me and my siblings to high school in the small town of Conway, Missouri passed by more than 20 dairy farms that were similar to ours. Most of them were milking a dozen up to maybe 50 cows at that time. Virtually all were full-time family farms and most supported several school-age children – ours supported a family of seven. Dairy farming had lifted more than 20 families in our community out of the poverty of the 1930s to what we then considered to be respectable middleclass incomes.

When my brother retired from milking, only one other dairy farm was left on the school bus route to Conway. The rest had persisted in trying to milk more cows and produce more milk per cow, which meant buying more feed until they had gone broke financially or retired in frustration. My brother had done the same thing before he decided to transition to a grass-based operation. He served for several years on the board of directors of the local farmers’ cooperative. He tried to tell other farmers that there was no future in managing farms like factories and treating cows as feed-eating, milk-making machines.

My brother has told me on several occasions that he tried to explain how he was making more money milking fewer cows by letting the cows do what they are designed by nature to do – turn grass into milk. Not only is it better for the cows, it’s also far better for farmers. The other farmers listened politely and changed the subject. They listened to the experts and kept buying more feed and milking more cows until they went broke.

The little town of Conway was once a thriving business community with two grocery stores, a railroad station, hardware store, clothing store, two restaurants, gasoline station, barber shop, pool hall, motion picture theatre, auto repair shop, and even an automobile dealership. In addition to the elementary and high schools, there were numerous churches and several active civic organizations. The town was filled with farm families on Saturdays, when farmers came to town to stock up on staple goods for the week or perhaps the winter ahead.

Since 1970, more than 90% of U.S. dairy farms have suffered the same fate as those near the town of Conway. Dairy farms have been replaced by feed-consuming, animal-abusing, milk-producing factories. The reduction in numbers would have been even greater if other dairy farmers like my brother and the growing number of organic milk producers had not rejected the industrial model of milk production. More than half of total milk production in the U.S. is now produced in operations with more than 1,000 cows. As a result, the Main Streets of many farming towns are now virtually abandoned – like Conway. A small grocery store and a couple of convenience stores are now adequate to meet the local needs of residents who are employed and do their major shopping in Springfield – some 35 miles away.

As a retired professor of agricultural economics, I now spend too much of my time trying to help people in rural communities understand and deal with the negative environmental, social, and local economic impacts of industrial agriculture, including large-scale dairy operations. Pollution of the air and water with noxious odors and toxic biological wastes is inevitable when the raw manure from so many cows is concentrated in one place. The negative social and local economic impacts are obvious in once-thriving farming towns that are now virtually abandoned. Rural people are told these are the necessary costs of progress. I try to help people understand that none of these negative consequences were inevitable. Nor were they necessary to make food affordable in the U.S. or elsewhere in the world. The destruction of lives and livelihoods of farmers and rural people simply cannot be redefined as progress – and it is not necessary.

Contrary to popular belief, the costs per hundredweight of milk are actually lower and the profits per cow are actually greater in well-managed grass-based dairy farms than in large industrial dairy operations. The only real advantage for large dairies is that the industrial approach to production allows a single “dairy operator” to manage far larger numbers of cows. This allows such operators to displace more-efficient dairy farmers by employing fewer low-skilled, low-paid workers to feed and milk their cows. You don’t need to make as much profit per cow if you are able to claim the profits from 1,000 or 5,000 cows rather than 50 or 100 cows.

With respect to the need for milk, the U.S. has had persistently reoccurring surpluses of milk and dairy products during the entire time that family dairy farms were being replaced with industrial milk factories. For decades, the U.S. government bought up surplus milk and turned it into tons of butter and cheese which were distributed to schools and low-income families at no cost. A government dairy “buy-out” program was initiated at one time to reduce the size of the U.S. dairy herd. With a bit of encouragement from the government, many more dairy farmers could have joined my brother and the others who chose to treat their cows as grass-eating, sentient animals rather than feed-consuming, milking machines. These dairy farmers could have met domestic needs for milk and dairy products by letting cows do what cows were meant to do – transform grass into milk.

The bottom line is: The U.S. never really needed large factory-like dairy farms and we don’t need them now. We don’t need to go back to the small dairy farms of my youth. We have a far better understanding today of how to produce large quantities of nutrient-rich milk from grass than we had even a couple of decades ago. We have far better technologies to support grazing systems than we had in earlier times, including solar-powered portable electric fences and watering tanks. More consumers are demanding organic and grass-based milk and dairy products, which cannot be produced in large milk making factories. The general public is demanding human treatment of farm animals, which is impossible in large, confinement animal feeding operations. The needs and wants of people can best be met by family farmers whose cows are allowed free access to grass.