A big world on a small planet 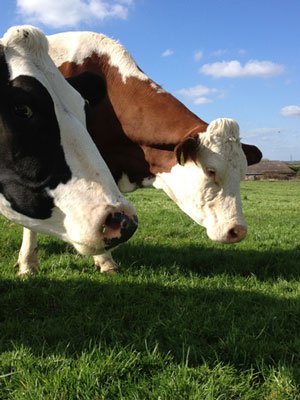 “We need to update our worldview: we are no longer a small world on a big planet. We are now a big world on a small planet.” I thought that sentence by Johan Rockström a professor in environmental science at Stockholm University and executive director of Stockholm Resilience Centre really captures the problems we are facing as climate change and an expanding population start to bring changes that are not only impacting our environment but our public health as well.

Rather than seeing the problems that will come with this increase in population on our diminishing resources, the NFU, DairyCo and even Defra see the 9 billion not as a population problem but potential customers and intensification of the dairy industry as a way to take advantage of these new consumers.

In his article Johan Rockström says that we are currently in a Holocene state which can only support a population of 7.3billion but we are heading towards a population of 9 billion. We are in a danger zone where climate change, biodiversity, loss deforestation and fertiliser use is tipping us over the line that protects and maintains the Holocene state. And it is not just rising sea levels and extreme weather we need to be worried about but the impact on our public health as well as climate change brings diseases never seen near our shores before like dengue fever .

Carbon emissions play a key part in climate change and we need to be smarter or to ‘update our worldview’ when it comes to how we farm and produce food. To safeguard a stable climate we should be around 350 parts per million and carbon dioxide in the atmosphere has crossed to 400 parts per million. The oceans are becoming more acidic at a rate not seen for at least 55 million years and biodiversity is reaching mass extinction rates. The idea that we can continue to grow, expand and sell more in the way we have always done to preserve our consumerist society is no longer tenable. We need a new food and farming strategy that looks at dairy farming as a whole approach that takes into consideration the impacts on the environment and biodiversity not just animal welfare and production volumes.

A good example of this is where our dairy industry is now. We are moving away from a pasture based dairy system that helps lock carbon into our soil and pasture for an intensive systems that relies heavily on fossil fuels. Instead of farming in a way that can play a positive part in helping reduce carbon emissions, we are moving towards a dairy industry that could produce a much bigger carbon footprint just so we can continue to buy cheap milk.

The UK has made a commitment to reducing emissions by at least 80% in 2050 from 1990 levels. If we need to build a low-carbon economy then instead of encouraging the intensification of the dairy farming we should be looking at the part seasonal pasture dairy farming can play to help meet those targets.