Making milk something worth paying for 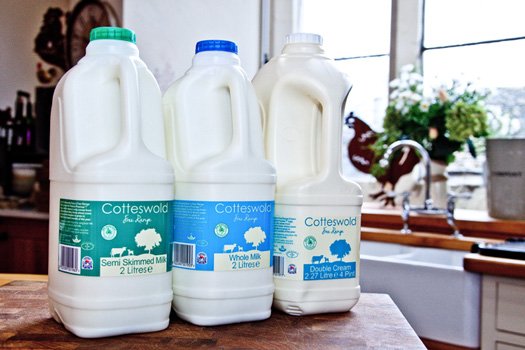 The dairy crisis is still very much in the news. However, I can’t help but feel that the British public are likely to soon turn their attention to more pressing matters than the price of milk, as even those involved in the industry struggle to understand what’s really going on.

Last week we suddenly saw those major retailers who have lagged behind in the milk price league succumb to pressure from the NFU and Farmers For Action and offer to return more money to dairy farmers. First to react was Morrisons, who have agreed to label some of the milk they sell as ‘Milk for Farmers’ (a slightly odd name), which will carry a 10 pence a litre higher price tag than their standard milk. The idea being that consumers will have the opportunity to pay more for milk if they so choose. However, I have reservations about how many people will be prepared more for what is exactly the same milk as the cheaper stuff next to it. Excuse my slightly cynical tone here, but I do have some genuine concerns about what this gesture will actually deliver to the British farmers who produced it.

Morrisons milk is supplied by a dairy company called Arla, which is a cooperative owned by around 12,500 farmers, only 3,200 of whom are British. The rest are from Denmark, Germany, Belgium, Luxembourg, Sweden and the Netherlands. Whilst not common in the UK, there are a number of co-ops in Europe, some of whom have now taken over smaller ones in neighbouring countries. A lot of farmers understandably like the model, which means they are effectively the owners of the business and profits are shared equally amongst members. However, in the case of the higher price offered by Morrisons, this means that the additional 10p a litre that consumers pay here will not go directly to British dairy farmers – it will be shared with the other 9,300 Arla members in other European countries. This seems slightly at odds with an initiative that is all about supporting British producers.

What is perhaps most worrying about the Milk for Farmers in Morrisons is that we could end up with the retailer saying “told you so” after a few months of offering the higher priced milk. If people have no reason to select this milk, other than the fact it is more expensive, there is real danger that its uptake will be insignificant. Leading Morrisons and others to draw the wrong conclusions. The NFU and Farmers for Action have worked hard to put an end to the relentless discounting of milk in stores and I really hope that the price rises they have fought for will prove to be more than a gesture to quell the riots.

I firmly believe that some people are willing to pay more for milk, but question whether this goodwill will be sustained unless British milk is really seen to carry a higher value. That’s why we are looking to reward farmers for delivering something extra to the consumer. We want people to be able to choose milk from a clearly defined farming system that affords cows the freedom to graze in fields for at least six months of the year. Whilst the making this choice may mean paying a higher price for milk, we seek to reward consumers with tangible value and give assurance that the farmers who produced it receive a fair price.

The milk won’t cost more to produce on the farm but there will be some additional costs associated with dedicated collection from farms and segregation through the processing plant. This cost typically seems to be around 1.5 to 1.75p a litre. We also want to return a levy of 1p a litre to our Community Interest Company, to enable us to continue to promote the value of milk from traditional, seasonally grazed herds, in accordance with our social mission. But, our primary objective is to return an additional 5p a litre to the farmers who supply the milk. It is difficult to say exactly how this will translate into a retail price as we cannot fix the sale price and different outlets work on different margins. However, I believe we can deliver high quality milk from the kind of farms where you probably like to think your milk comes from today.

I believe there is a way we can all enjoy healthy, affordable milk from British dairy farms that allows farmers to make a decent living and cows to enjoy the freedom they deserve and that is what the Pasture Promise label represents. Please help us to show food and farming decision makers that you want to make an informed choice about the milk you buy, by making the Pasture Promise today.