Will protest deliver what farmers need? 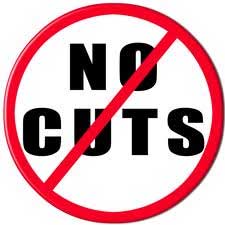 Disruptive protests by French farmers, who have blocked roads, dumped manure in front of public buildings and let pigs loose in supermarkets in response to low prices for milk and meat, have been well documented in the British press. Whilst, perhaps due to a lack of disruption on the highways and not a whiff of acrid black smoke from burning tyres, there has been very little coverage devoted to the continuing dairy crisis on our own shores.

In return for venting their anger last week, the French farmers secured a government aid package worth £428 million – a satisfactory reward you might think for a bit of slow tractor driving and agricultural mischief. However, the angry ‘paysannes’ have since declared this is not enough and have proceeded to blockade borders and remove cargo from trucks bringing in food from neighbouring countries. In the meantime, despite ongoing concerns about the power of the supermarkets and the permanent assignment of ‘loss leader’ status to milk on this side of the Channel, there is little outward sign of an uprising in the countryside.

Quiet as it may seem, there is a growing mood of discontent in the farming communities of Great Britain, as nine farmers a week fall by the wayside in a race to the bottom of the milk market. But, it is difficult to know where to vent anger and frustration when the real root of the problem is a global oversupply of milk. It’s a simple question of supply exceeding demand and, as a result, it is very much a buyer’s market right now.

So just how do farmers get off the uncomfortable rollercoaster ride that milk price volatility takes them on? As I write this calls are appearing on social media for ‘No Lamb Week’, in response to low lamb prices and some are suggesting milk should be withheld too. But, what will withholding supplies actually achieve, apart from a short lived sense of having taught someone, somewhere a bit of a lesson? Some farmers are considering reducing feed inputs or cutting cow numbers to turn off the taps and correct overproduction, but whilst this may serve as a quick fix and ease some pain today, the automatic response to any forthcoming rise in milk prices will be to turn those taps on again and restart the rollercoaster ride.

Last month I met a farmer who recently set up a new dairy farming venture with just two cows (yes two) – an enterprise that many will dismiss as ‘hobby farming’. But, the establishment of this most micro of micro dairies is worthy of note simply for its focus on value rather than volume. The producer is selling raw (unpasteurised) milk from his two cows for £2.50 a pint. That’s £4.40 or 440 pence a litre! Compare and contrast then the average price of around 23 pence a litre paid to farmers supplying the major milk processors today. As the farmer explained, his two cows generate as much sales revenue as thirty cows in many commercial dairy herds today. So, with means a herd of just 10 cows could generate the same amount of income as a typical 150 cow family farm.

I am not suggesting everyone should start producing raw milk next week, but we must shift current industry focus away from volume and towards value if we are to create a more valuable and stable market for British milk. There is already work being done to promote the role of milk and dairy products in our diet and people are working hard to convert milk into innovative food and drink products. I believe the real value in milk lies not in the processing after it leaves the farm, but in the way it is enriched and enhanced by our farming system and that’s about more than the nutritional value of the milk. It’s about the freedom we provide for cows and the kind of life they live on farms, the way farmers care for the countryside and the future of rural communities.

Having defined the value in our milk, farmers must convey that value to British consumers. Many feel powerless to do anything about the current crisis they find themselves in but, if farmers put their hands up and join us, Free Range Dairy can create recognition for a way of farming that delivers what consumers value. Together we can champion the role that the cows in our fields play in delivering great milk to the nation and celebrate all that seasonally grazed, British dairy herds deliver. That’s what the Pasture Promise label is for. It provides a simple assurance that milk and dairy products come from farms where cows enjoy the freedom to graze in fields for at least half of the year and allows everyone to make a more informed choice about the milk they buy.