Doing what it says on the label 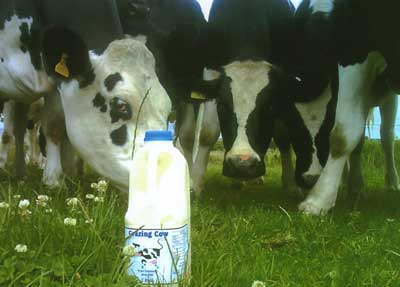 Retailers have spent a lot of time and money building their reputation for quality and value, to win trust and confidence from their customers. However, there have been one or two hiccups along the way. The horsemeat scandal in 2013 was enormously damaging to the integrity of the supply chain, with everyone wondering where it would be found next.

Selling food, for financial gain, with the intention of deceiving the consumer, is known as ‘food fraud’. According to the Food Standards Agency website, food fraud falls into two categories:

In 2010 an egg wholesaler, who supplied Tesco and Sainsbury’s, was jailed for three years after he was found to have passed off 100 million battery produced eggs as either free range or organic. According to the Guardian’s report of the case, at the time of the fraud, farmers could expect a price of about 90p for a dozen organic eggs, 70p for free range and 35p for cage eggs. By passing off cage eggs as free range, the wholesaler could make an extra 35p for every 12 eggs he sold – a clear case of food fraud.

Of course, passing off cage eggs as free range is a relatively simple thing to do – they look much the same from the outside and even when cracked and cooked it is hard to tell them apart. There might be a richer colour to the yolk and a difference in taste. But what really differentiates free range eggs from cage eggs is the way they were produced and that is what discerning consumers are paying a premium for, when they choose free range. Whilst food fraud might appear to be nothing more than a relatively small misdemeanour on the face of it, in reality it has serious consequences for those producers who adhere to the standards and deliver something with real integrity.

You can read the whole report in the Guardian here.

Unlike free range eggs, there are no laws to define free range milk production. But, how often do you see pictures like the one above, in supermarkets or on packaging, promoting milk and dairy products? Cows in fields are the defining image of British dairy farming and many people assume that their milk has come from dairy cows farmed under traditional, seasonally grazed system. However, increasingly, this is not the case and yet retailers and processors who continue to trade on the perception that all cows roam freely in pastures green, rob milk producers of the opportunity to realise the value they have created in farming this way.

From what I have read, trading on perception does not constitute food fraud, since no false claims are actually being made. But recent investigations into how milk is produced on farms have left consumers feeling cheated and deceived. In January of this year, The Times carried a report about an 800 cow dairy herd, owned by the Duke of Westminster, with the headline “Dairy Duke’s cows never see daylight”. The writer explained that the farm where the cows are kept indoors 24 hours a day, 52 weeks a year is Tesco’s largest UK milk supplier. Following this, I received a stream of enquires from worried consumers asking me how they could be sure they were buying milk from cows that enjoy the freedom to graze.

The Free Range Dairy Network is a Community Interest Company (CIC) working on behalf of farmer members, to promote the benefits of pasture-based milk production on British dairy farms. Our Pasture Promise™ label (see below) is the only label that provides an assurance that cows are grazed in fields for a minimum of six months of the year. We have developed a set of standards for free range milk producers, which will be independently audited to ensure that accredited producers are actually doing what it says on the label.

The British public have shown a tremendous will to support British dairy farmers, but struggle to find a way to demonstrate that support. The Free Range Dairy Pasture Promise™ provides consumers with an opportunity to make an informed choice about the milk they buy, to deliver farmers a fair reward and keep cows in fields.

Demand to know more about where your milk comes from and please support us.