2p or not 2p? Are milk prices really going up? 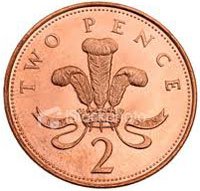 So, things are looking up – milk prices are on the rise. In recent weeks the UK’s major milk buyers have announced an increase in the price they will pay to farmers this autumn. Arla have said they are going to increase their standard litre price by 2.5 pence from October 1st. At the same, time Robert Wiseman Dairies will raise their price by 2.57 pence and, come November 1st , Dairy Crest will increase their standard litre price by 2.4 pence to 29 pence a litre. But how generous are these increases?

Well, in May of this year Dairy Crest cut the price it paid to farmers by 2.0 pence a litre, which seemed to cause some sort of domino effect as Arla and Wiseman followed suit, cutting their respective prices by 2.0 pence a litre from June 1st. For a farmer producing one million litres a year, this equates to a drop in income in excess of £6,500 over the last four months (one third of annual output at 2.0 pence).

The figures below illustrate the net effect of the ups and downs of milk price over this year, for a farm producing one million litres of milk a year.

Had the farmer in this example received 28.5 pence a litre for his milk throughout the year (as he did for the first four months), his annual income from milk sales would have been £285,000. But, despite the recent generosity shown by the diary companies, he will actually end up £5,000 worse off at the end of the year, with total milk revenue at £280,000.

However, this isn’t quite the end of the story, because the farmer’s loss in income will be further compounded an increase in feed costs. If he keeps 130 cows to produce one million litres of milk, each consuming two tonnes of purchased feed a year, he will need to buy in 260 tonnes of feed. Feed prices have risen across the board by as much as £50 a tonne, representing an increase in costs of £13,000. Adding this cost to the loss in milk revenue could make him £18,000 worse off, with rising fuel costs, vet and medicine costs and wages likely to take this figure over £20,000. To recoup this £20,000 shortfall, the farmer would require a further increase of 2.0 pence a litre (a milk price of 31 pence) for twelve months and that’s assuming costs don’t continue to rise!

So, milk prices are not really going up this autumn – dairy companies are merely restoring prices to similar levels paid in the spring (a price already acknowledged as being below the cost of production on most farms). We need recognition for the value of our milk – not a series of pathetic gestures in response to angry protests. To achieve that, we need to move our milk, our cows and our fields, to the forefront of consumers’ minds. Free Range Dairy can do it – believe in better.