Back in 2007, Edward Newsham was running a herd of spring calving cows, producing high quality milk from grass. However, the price he received for his milk was subject to a hefty ‘seasonality deduction’ from his milk buyer, due to the large volume of milk produced in the summer months. In pursuit of recognition for quality and value , Edward decided to bottle his own milk from his 100 cow herd, under the ‘Grazing Cow’ label. The investment in on-farm processing equipment was coupled with a local campaign to promote ‘Grazing Cow’ milk. 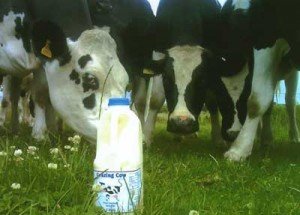 Today, Edward sells both free range eggs and free range milk from his 300 acre farm at Sellerly Farm, Calgate, near Lancaster. He has many customers in the catering trade, including a loyal following of chefs who understand the value of his farming methods. Grazing Cow milk is also supplied to a few local shops, where it is sold for a small premium and local people can buy their milk through a self-service facility on the farm.

Edward firmly believes that there is an opportunity for free range dairy farmers to instil real value in milk from pasture-based herds. The loyalty of his customers demonstrates a clear vote for milk from cows that have the freedom to graze grass. 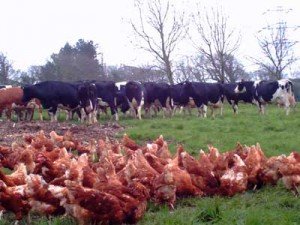 We would love to hear other stories of free range success.